Letter to City Council: Thumbs down for the State crosswalk law 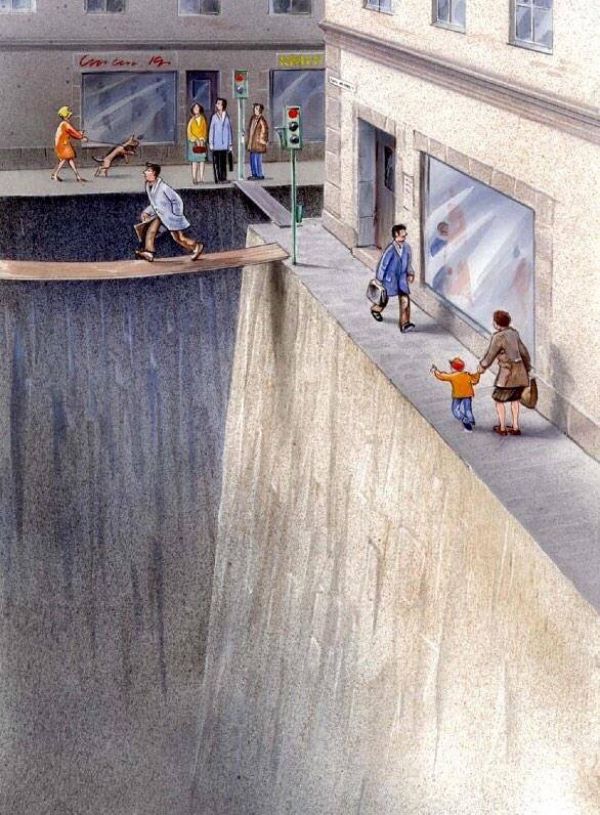 I'm writing, yet again, about our fine local crosswalk ordinance given the perplexing persistent effort to overturn it.

I support the concept of a State law but not one that requires people to put their bodies in front of a speeding, heavy steel cage in order to secure their right to cross the street safely. This is of particular concern for the less nimble among us. People with walkers, in wheelchairs, parents pushing strollers can't quickly hop out of the way if they enter the street and a driver fails to yield. On busy streets at unsignaled intersections the wait times for a yielding driver, even with our current law, can take a long time. If drivers are not required to stop, this would make walking even less pleasant, as well as less safe, for many.

One compromise that would improve the State law (and address the overblown concern about interpreting "intent" to cross) would be to clearly define a pedestrian being "in the intersection" as extending any extremity or device over the curb line. For example, if a pedestrian extended a hand, cane tip, stroller wheel, etc over the edge of the curb they would be considered "in" the crosswalk under the law. This still asks pedestrians to get dangerously close to the curb, especially where curb mounting by turning vehicles is common, but at least doesn't require them to place their life & limbs at risk for a chance to cross the street.