I recognize there are differing interpretations in the community of definitions of terms used in the zoning ordinance regarding what constitutes "campus," a "campus business district" or the "campus community." While a better process to update our zoning ordinance (including these zones) would be to initiate a new, comprehensive community-wide master planning process and use the outcome of that process to inform zoning ordinance updates, I could support a brief moratorium on new rezonings to these "campus" zones if we simultaneously established a goal of clarifying those definitions within that timeline. This would remove ambiguity about the appropriate use of these zones going forward until we make broader updates.

However, I believe a moratorium on new development in existing zones is not only unfair to existing property owners, given the very limited number of parcels that have these designations, and an even smaller subset of those that are likely to be considered for redevelopment in the near future, this resolution could be reasonably interpreted as specifically crafted to punitively target a single (or very small number) of property owners1.

1Using the City's currently published zoning GIS layer from the City Data Catalog, I can only identify 6 parcels with either designation. Most of them are clustered along State Street between Hoover & Hill (ie adjacent to or near the Athletic and Central campuses). The others are the parcel that contains Angelo's restaurant (adjacent to the Medical & near Central Campuses) and the Morningside Lowertown parcels (adjacent to the Medical Campus).

PS: I missed a parcel in my first glance at the zoning map; there's also a tiny C1A/R parcel on South 4th Ave. Here's an overhead with all the C1A or C1A/R zones filled in red, for reference: 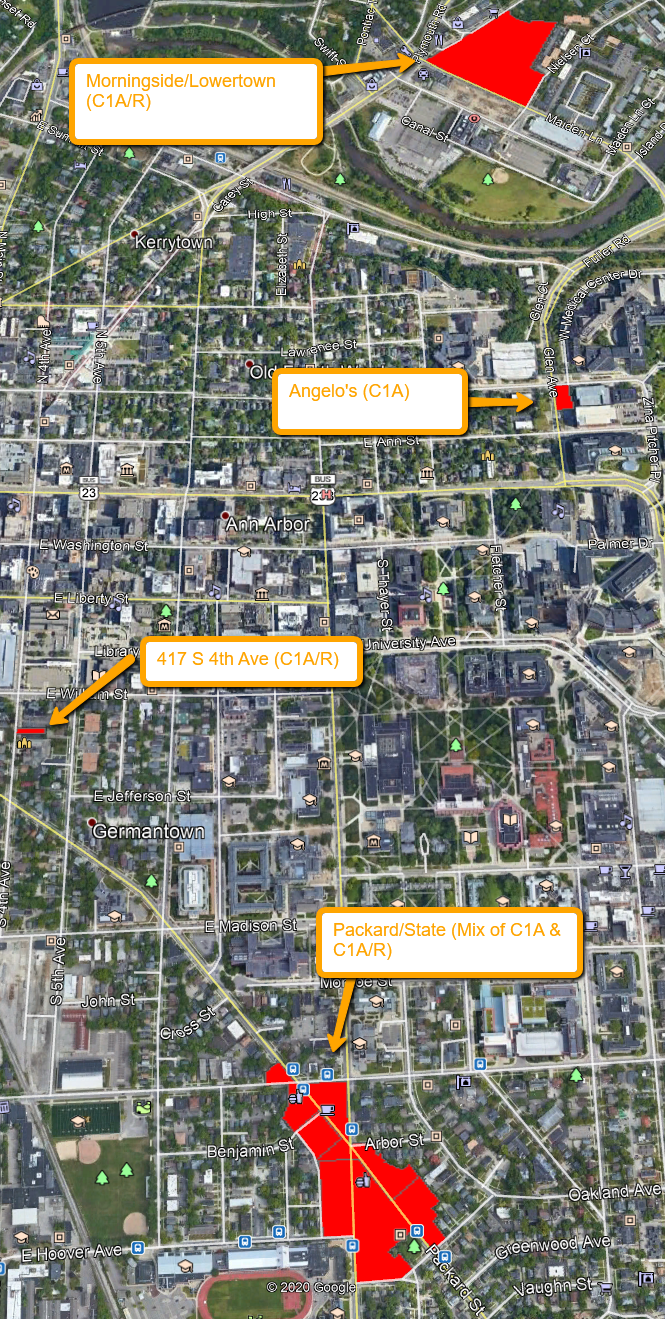