I originally wrote this as a Facebook post. I am going to try to bring more of my writing out of the social media walled gardens and onto this blog.

Michiganders: absentee ballots for the August primary are on the way. You can look up a sample ballot on the Secretary of State site to start doing your research.

For Washtenaw/Ann Arbor folks, here is who I am (or would be) voting for: 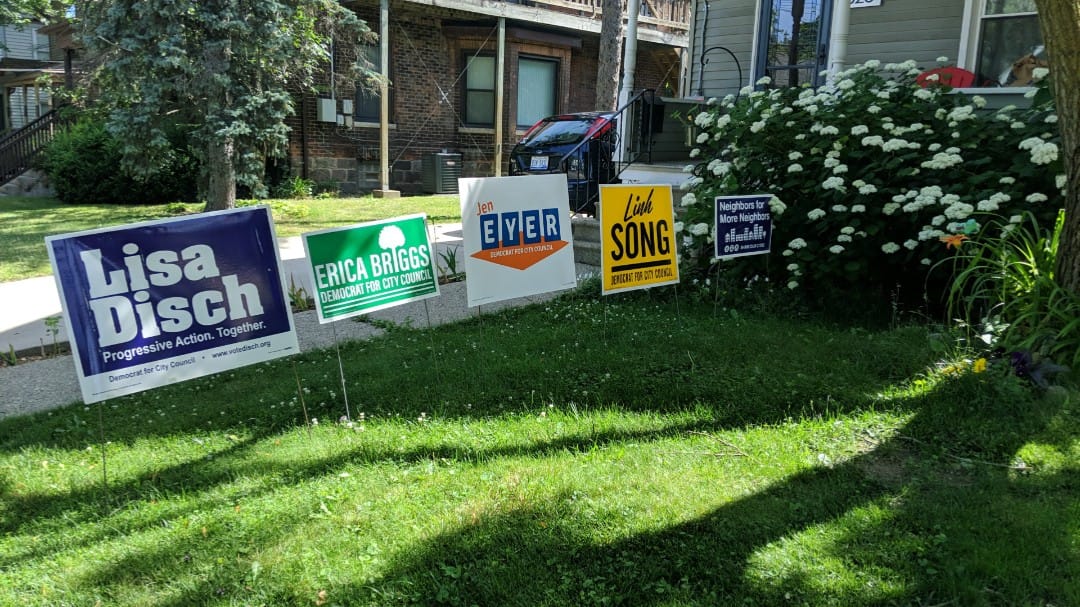 I've gotten to know Lisa during her campaign. I am been impressed with her eagerness and ability to listen to and learn from a wide variety of people. She draws her own conclusions and takes seriously the needs to balance tradeoffs in policymaking. I think she'll make a great Council Member for Ward 1 and I'm excited to vote for her.

Linh is relentlessly kind, and positive. She clearly loves Ann Arbor and the opportunities it creates for so many. As her record of service shows, she's also committed to recognizing those excluded from those opportunities & focused on a more inclusive, positive future for all of Ann Arbor. I'm excited to see what she'll accomplish for Ward 2 and the City.

Travis has a long record of service in government & politics, and working within communities that make up our community to help ensure important voices are heard. Ward 3 would be lucky to have him as their rep.

Jen Eyer is running an impressive, positive and issue oriented campaign. She has a strong grasp on the constraints & opportunities we face as a city and the ability to see our way to a positive & thriving future for Ward 4 and the City as a whole.

I had the pleasure of serving with Erica Briggs on the City Planning Commission. Her deep roots in the City and sincere empathy with the hopes (& fears) of all residents was always evident. Her extensive experience in public policy (including an MPA and PhD), as a long time advocate for better transportation policy brings an incredibly deep well of value to represent Ward 5.

The Liberate! Don't Incarcerate scorecard is probably the best summary I can give for why I'm supporting Eli. He has an impressive resumé, having clerked for Supreme Court Justices Ruth Bader Ginsberg and Sandra Day O'Connor; and leading criminal justice reforms at the City of Detroit. His commitment to a vision of a fundamentally transformed justice system that does not criminalize & compound the brutal effects of poverty is necessary.

Sheriff Clayton recognizes that we need to be putting fewer people in jails and prisons. His opponent is a Republican former DEA agent. Vote Clayton.

Larry, who I know from Ed Vielmetti's a2b3 lunch group, is a nerd's nerd when it comes to all things electoral. He's done a fine job running the Washtenaw County Clerk's office and I hope he continues to do so. Having our elections in competent and experienced hands is even more important as voting rights are under attack.

Tracy's experience both as an attorney and as a social worker gives her a valuable perspective for a judge in the circuit court, which handles cases like divorce and protective orders.

Felicia's service as County Commissioner has been outstanding. She has a stack of endorsements from her fellow Commissioners and many other elected leaders I respect.